On page 60 of Freemasonry Today (or FMT, as it now appears to be called) you will find a review of The Art and Science of Initiation, which I worked on with author Jedediah French. The review veers towards the positive, though the reviewer is clearly nervous about a book on initiation, especially when the types of initiation in question relate not only to Freemasonry but to esotericism more broadly and to spirituality and some occult Orders, such as the Hermetic Order of the Golden Dawn.

I think we’re all used to such old fashioned nervousness — old fashioned because we no longer live in a time of religious conservatism in the West but, rather, one in which New Age-type religion, Yoga, Reiki, Buddhism, and a hundred spiritual systems are readily available in every major city, a click away on the internet, and part of mainstream media culture.

As I discussed recently with Greg Kaminsky for his Chamber of Reflection podcasts, what has troubled me in recent months is the rising tide of academia, or perhaps even academic extremism, within small pockets of the Masonic fraternity. Only a few months ago, at a Masonic conference, I heard speaker after speaker state that if you write about Freemasonry you must do so academically. You can write about the history of the Craft, or the history of a ritual, or the history of your lodge, but that is it — and, even then, only on certain conditions. Do you have original manuscripts in front of you? (A reproduction won’t do.) Is it footnoted? Is it very, very dry and cautious?

Don’t get me wrong, I don’t think people should make things up or repeat junk history. And I, too, despair when I see Freemasons lauding books that are little more than romantic fiction posing as serious history (and there are plenty of those).

However, while I don’t claim to be an academic, I want you to know where I’m coming from. Make of it what you will, but I have written the only scholarly book on connections between Freemasonry and Islam (or at least Masonic and Islamic radical thinkers) between 1850 and roughly 1930: The Crescent And The Compass. It is a significant chapter in East-West relations more broadly that you will not find anywhere else in English. And it was reviewed favorably by a very harsh academic journal. (Note: a French book on the same subject was published the same year as my Crescent And The Compass, so we must have been writing them at the same time, and, from what I can see, the contents are not exactly the same — I mention a quite few things not covered in the French book, and perhaps vice versa is true also.)

Writing the first-ever scholarly book, in the English language, on connections between Freemasonry and Islam in the modern age is no small thing. Islam is a subject of major interest in the West today and it is incredible that with so many academics inside and outside of Freemasonry that no one wrote this history before me. But no one else wrote it because academia is inherently conservative. The average academic wants to reference other academic works. He wants to get tenure. He wants to be patted on the back. He doesn’t want to blaze a trail.

Academia is not the be-all and end-all of Freemasonry. And it should not be. The point of being initiated is not to write scholarly papers on what Freemasons used to do (but what we should presumably not do anymore). Freemasonry is an initiatic tradition, not a literary or scholarly one. It is a school for elevating the consciousness and actions of its members, not for footnoting papers.

Freemasons are part of a living tradition of ritual, art, ideas, philosophy, and spirituality. To keep it alive, we need to think about things philosophically and from our personal experience. And we need to do so in light of the problems facing us today. The point is not to solve the world’s issues but to keep ourselves in balance so that we are not swept along by them. That means in one era we might need to emphasize one thing within Freemasonry and in another era we might need to emphasize something else. The aim is to bring us to the archetypal truth and not to go with the political flow or to go along with what those outside of the Craft might think. 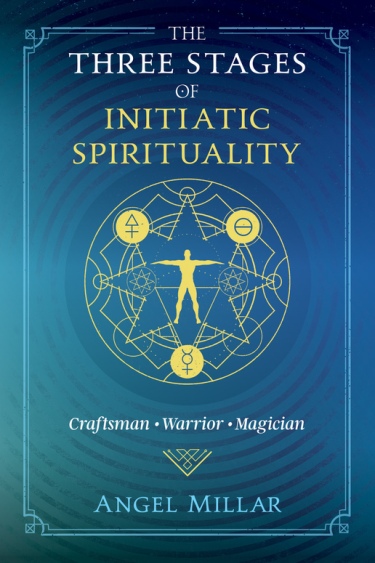 My latest book, The Three Stages of Initiatic Spirituality: Craftsman, Warrior, Magician (which will be released on February 11, but you can preorder it now from Amazon or Barnes and Noble, etc.), explores the initiations, symbols, myths, and practices of these vocations across time — from Freemasonry, alchemy, and Kabbalah to ancient Greek philosophy and mythology, Buddhism, Hinduism, Tantra, the martial arts, sex magic, modern occultism, and the positive thinking movement.

Is it academic? It is certainly founded on academic standards. But it goes beyond academia to explore initiation and initiatory practices that are relevant to living practitioners and seekers. Hence, Frater U.D., author of Secrets of Western Sex Magic: Magical Energy & Gnostic Trance, has described the book as “the result of a stunningly broad in-depth research both on the theoretical and on the practical level: a researcher-practitioner at his very best.” And Chuck Dunning, author of Contemplative Masonry, has said that “anyone concerned with a comprehensive context in which to contemplate and facilitate their own initiatic and transformative journey will find this book worthy of repeated consultation.”

I believe that nothing quite like The Three Stages of Initiatic Spirituality: Craftsman, Warrior, Magician has been written before. In it, I not only explore Freemasonry and alchemy, etc; I introduce relatively little-known subjects such as the Persian martial art of Zoorkhana (and its spiritual aspects) and Taoist inner alchemy, among many others. And I do this not only as a historian but, crucially, as a practitioner of martial arts and of inner alchemy. Whatever I have written about in the book I have first-hand experience of, at least from a comparable tradition. And I have written the work to give the reader something as close to an initiatory experience as a book possibly can.

I believe the new emphasis being placed on writing about Freemasonry only from an academic perspective is a backlash against the rise in interest in esotericism, spirituality, alchemy, etc., that is so evident within Freemasonry today. The intention might be good. It might be to keep Freemasonry respectable — to keep it looking like a club focused solely on charity or a golf club with secrets. But we no longer live in an age where that is either necessary or relevant.

Freemasonry has always been its most vibrant (and growing) when the members themselves have taken the lead — ritually, artistically, debating the symbols, focusing in on the Mysteries of Freemasonry, and putting on Masonic education. We saw that during the 18th century when Freemasonry exploded in popularity, especially in France and Germany. And we are seeing it again today.

If you are going to write about the history of Freemasonry, I, too, encourage you to cite credible sources. However, if you are a Freemason, I encourage you not to mistake our fraternity for an academic club whose purpose is to fixate on bygone glory days. Our purpose is to live our tradition, to know ourselves, and become more than we were yesterday.